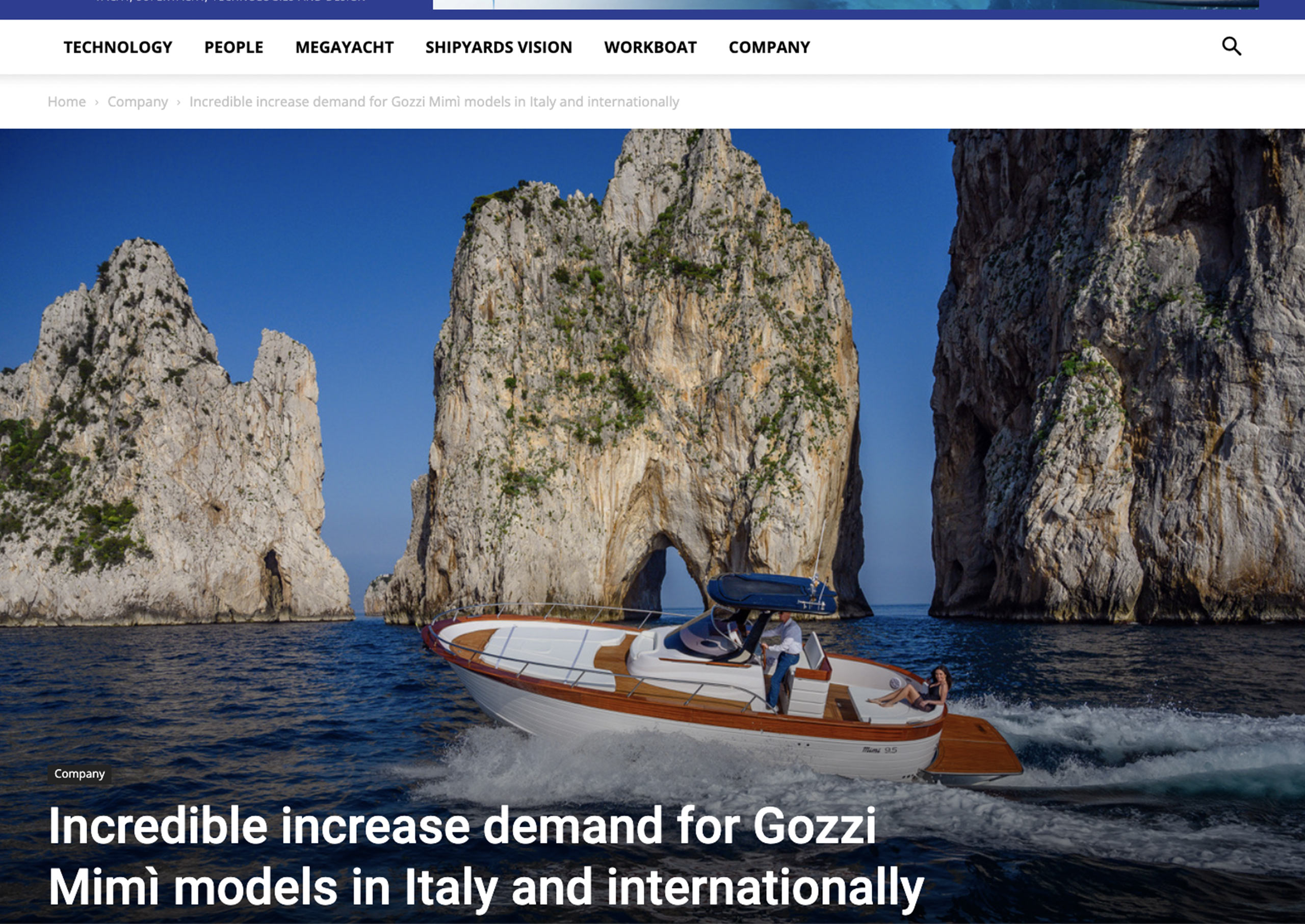 With its state-of-the-art production facility, Gozzi Mimì continues to win over more and more foreign owners and reports a significant rise in demand from Spain, France, Croatia, the Netherlands and Germany. Although Italy clearly continues to be an important market for the gozzo boats produced in Agnano (Naples), the increase in demand on foreign markets is much higher than expected. About 70 boats will be delivered by early 2023 and another 40 boats will be delivered by the end of summer 2023. The increase in production stands at about 30% overall for 2022 and a further rise of 15% is forecast next year. Domenico Senese, who now runs the yard founded by his father in 1975, said: "The results reported in Italy and internationally on the one hand reflect the renewed success of this type of boat and, on the other, confirm the focus on innovation and experimentation that has been given a significant boost in recent years". Libeccio 13 and Libeccio 11 Walkaround The most recent results of this approach, which revisits a type of boat characterised by timeless appeal combined with cutting-edge design and technology, are the Libeccio 13 Cabin and the Libeccio 11 Walkaround. Libeccio 11 WA The first of these soon to be launched models is based on the brand's historic 13.5, combining the classic pluses of planing gozzo boats with unprecedented comfort thanks to three cabins (two doubles and a twin) and two bathrooms with two entrances each: an ideal layout for a large family or a group of friends looking for privacy and performance. The new version of the Libeccio 11 Walkaround, which will be on display at the upcoming Genoa Boat Show, is the latest model in a range that goes beyond the classic gozzo concept, achieving a level of liveability and freedom of movement previously unthinkable on this type of boat by sacrificing a few unimportant interior areas. These design proposals resulting from collaboration between the yard and engineer and designer Valerio Rivellini demonstrate the desire to broaden the customer base for this type of boat, which is now increasingly diverse in terms of age, tastes, habits and geographical background.